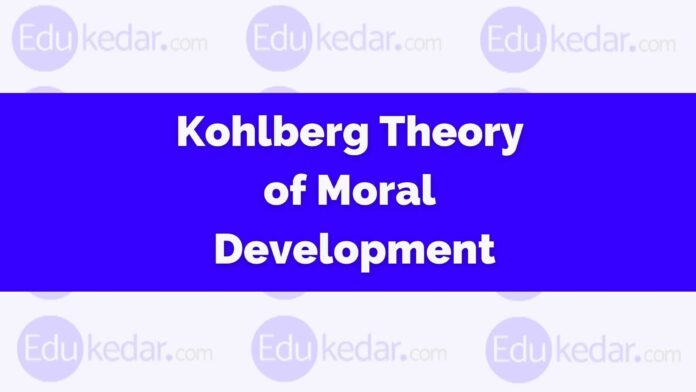 The Kohlberg Theory of moral development where focuses on how the children develop their morality and the reasons for their moral value. Kohlberg theory suggests to us that moral value will be developed in a series of six stages. This theory also suggests that moral decisions are primarily focused on seeking and maintaining justice.

Here in this article, we have discussed Kohlberg theory of moral development and all 6 stages explained in detail, at last, we have talked about the Criticism of Kohlberg theory and Carol Gilligan’s theory.

Kohlberg suggested that people go through these stages in a fixed order and this transition of moral understanding is linked to cognitive development.

The three levels of moral reasoning include, 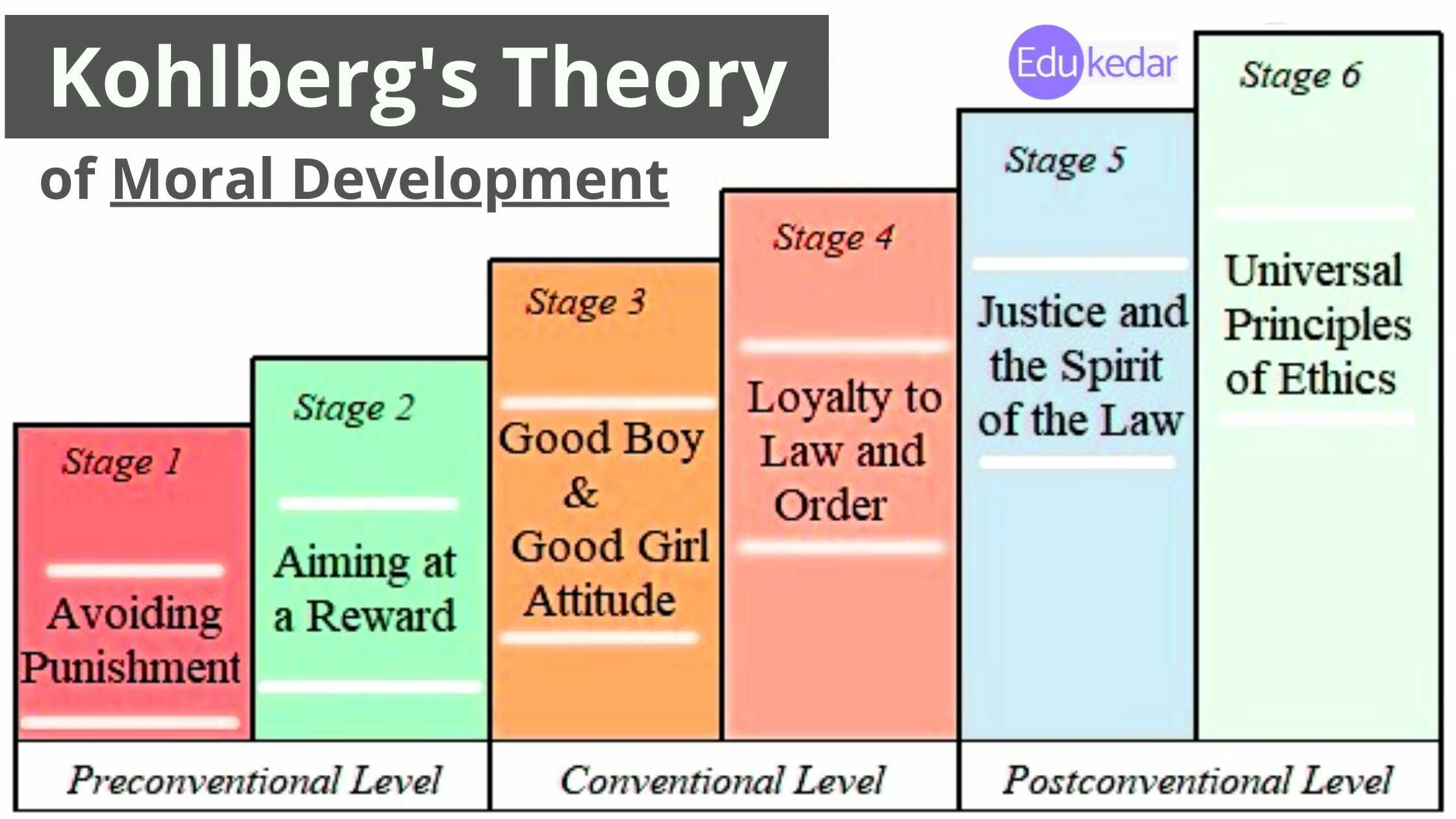 There are 6 stages of moral development given by Lawerence Kohlberg. All these stages are covered under 3 levels that are as follows;

Now let’s discuss all these 6 stages in detail.

Preconventional morality is the first level of moral development and starts from birth to lasts until approximately age 9.

At the pre-conventional level of morality, children don’t have a personal code of morality. Instead, their moral decisions are based on the standards set by adults and the consequences of following or breaking their rules.

Authority is beyond the individual and most children make moral decisions based on the physical consequences of actions.

This is the first stage where Children are good in order to avoid being punished.

At this stage, the Child recognizes that there is not just one right view that is handed down by the authorities.

Conventional morality is the second level of Kohlberg theory of moral development and it is characterized by an acceptance of social rules concerning what is right and wrong.

The age of a person falling into this category is 9 to 20 years.

Society pushes the responsibilities of relationships as well as social order is seen as desirable and must. Therefore it influences our view of what is right and wrong.

Post-conventional morality is the third level of moral development and is characterized by an individual’s understanding of universal ethical principles.

The age of a person falling into this category is 20 years and above.

This morality builds the thinking of the preservation of life at all costs and also the importance of human dignity.

Individual judgment is based on virtues and self-chosen principles. Moral reasoning is known as Individual Ethics which is based on individual rights and justice.

According to Lawrence Kohlberg, this level of moral reasoning is as far as most people get. Only 10-15% are capable of the kind of abstract thinking necessary for stage 5, stage 6 (post-conventional morality).

Because most people take their moral views from people living in their surroundings. Only a few people can think through ethical principles for themselves.

At this stage, a person becomes aware that while rules, regulations, and laws might exist for the good of the greatest number.

At this stage, people have developed their own set of moral guidelines which may or may follow the law. The principles apply to everyone.

Carol Gilligan criticized Kohlberg theory of moral development because he only focused on boys. Gilligan believed that men have a more absolute perspective on morality while women act according to the situation and relationship of the people involved before making a decision.

Some other key criticisms of Kohlberg’s theory are as follows;

Therefore Gilligan’s theory was popularized by taking both male and female thinking capabilities into account.

Carol Gilligan, an American psychologist, and theorist were born on 28 Nov 1936 in New York City. She pursued her doctorate degree in Social Psychology from Harvard University.

Carol Gilligan started as a research assistant for Lawrence Kohlberg. But after some time she eventually became independent and criticized some of his theories.

Carol Gilligan propounds that Kohlberg’s theories are biased toward the male thinking process. According to Gilligan, Kohlberg has only taken privileged men and boys in his study.

According to Gilligan, women face a lot of psychological challenges and they are not moral widgets. She said the women’s point of view on moral development consists of caring which shows its effect on human relationships.

Therefore, Gilligan proposed a theory that has the same 3 stages as Kohlberg but with different stages of moral development.

Though the names of the level of the stage are the same, the stages differ in this method. Gilligan’s theory suggests that moral development is based on pro-social behaviors such as Altruism, caring, and helping and the traits such as honesty, fairness, and respect.

According to Gilligan’s theory of moral development, changes take place due to the change of self rather than critical thinking. It was stated that the post-conventional level of Kohlberg’s theory is not attained by women.

But Carol Gilligan researched and suggest in her theory that the post-conventional level of thinking is not easy for women to go through because they care for the relationships.

Carol Gilligan states that the post-conventional level of moral thinking can be dealt with based on the two types of thinking.

Gilligan’s theory is based on the two main aspects that are listed below;

Care-based morality is the type of thinking generally found in women. Care-centric Morality is based on the following principles;