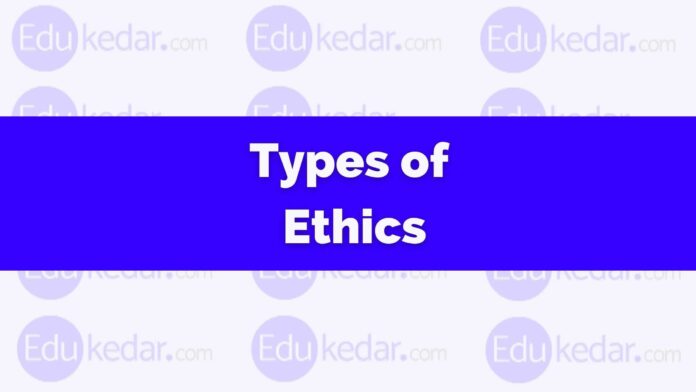 Ethics is a branch of Philosophy and it has multi-dimensions. Here we have shared types of ethics and how it is categorized based on situations. It can be applied in many fields like environment, cyberspace, public sphere, international relations, and so on. 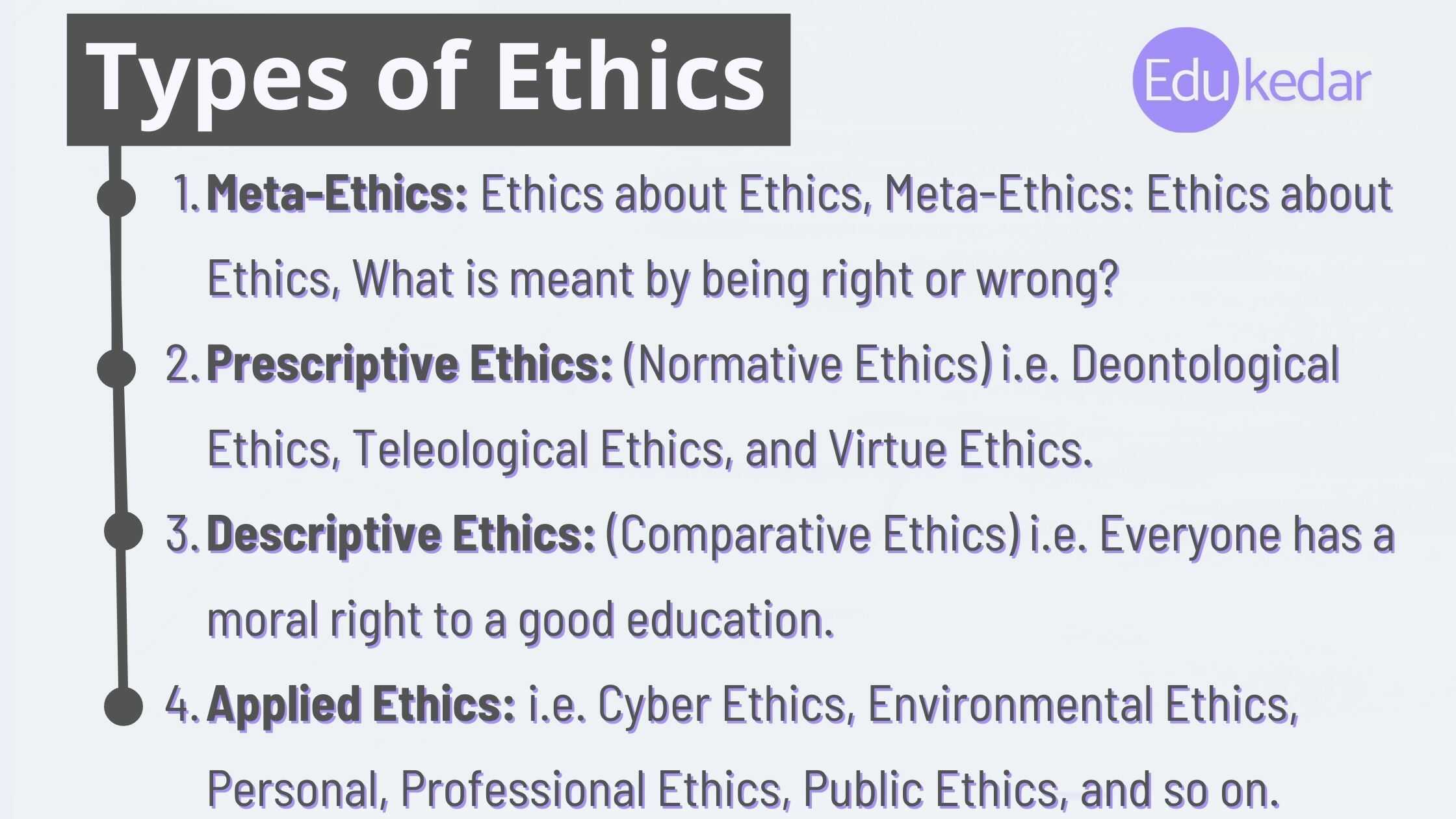 Ethics is mainly divided into four main branches. They are as follows:

◉ Branches of Ethics (In Nutshell)

Here we have explained each of the dimensions of ethics in brief so you can get an overview.

Meta-ethics can be defined as a branch of ethics that is concerned with the study of the nature of ethics. It analyzes the meaning when we use words like good, bad, right, and wrong.

Meta-Ethics is more about philosophy in nature as it deals with the nature of ethics and morality.

Meta-ethics investigates where our moral and ethical principles come from and what is the meaning behind using them.

Meta-Ethics is more concerned with the terms of morality in the language we use. How do we define ‘good’ or ‘bad’?

For Example: “What is meant by a wrong action?” Another example is, when we say, ‘abortion is good’, or ‘abortion is bad’?

Prescriptive Ethics, also known as, Normative ethics can be defined as the study of ethical action, typically based on what is morally right and wrong.

Normative ethics is more practical as it applies to basic human behavior and actions. There are mainly three theories that come under normative ethics. Deontological, Teleological (Consequential), Virtue.

For Example; is it wrong to kill a person to save many lives?

Prescriptive Ethics involves systematizing, defending, and recommending concepts of right and wrong action (behavior). It also includes arriving at moral standards that guide to act right or wrong. It is an ideal litmus test of identify behavior.

Descriptive ethics can be defined as describing and explaining people’s moral attitudes and the moral norms and practices of societies.

It deals with what is believed to be good, right, or virtuous and moral practices societies do have.

Descriptive ethics are also known as comparative ethics and it is empirically based, and aim to discover and describe the moral beliefs of a specific culture.

For Example; How many of you think that it is wrong to kill a person? Another example is when we say “Everyone has a moral right to a good education”.

It is an approach to describe what people think about morality or when want to describe how people actually behave according to their morals.

Applied ethics can be defined as a branch of moral philosophy that attempts to apply ethical principles and moral theories to real-life moral issues.

For Example; Is it ethical to allow euthanasia? Other examples are Capital punishment, Animal Rights, and War between two countries.

Applied ethics refers to the discipline of philosophy that attempts to apply ethical theory to real-life situations. For example, abortion is a major issue and it is an applied ethical topic since it consists of a specific type of controversial behavior.