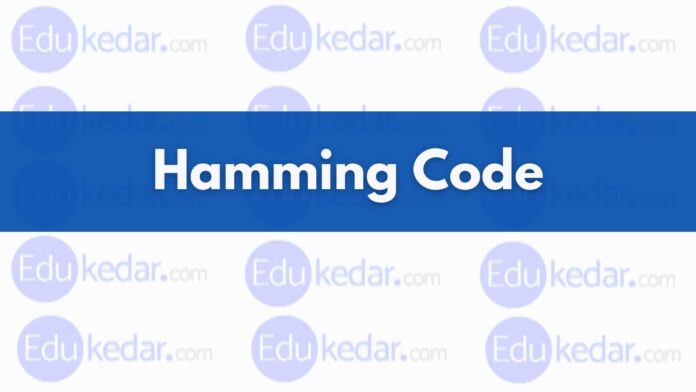 Hamming codes are a family of linear error-correcting codes and it is named after Richard W Hamming. In this article, we have shared the history of Hamming code and its uses in computer science, and code error detection calculations with examples.

What is Hamming Code? 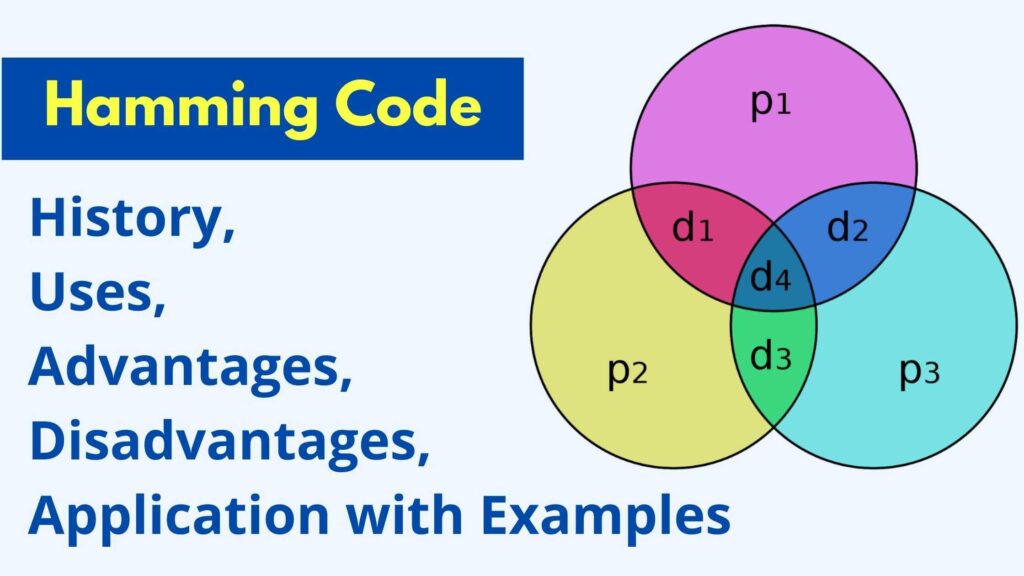 Hamming code is a type of liner code that can detect up to two instantaneous bit mistakes. Single-bit mistakes are possible.

The source encodes the message in Hamming code by adding superfluous bits to the message. The majority of these redundant bits are added and created at specific points in the message to aid in the mistake identification and correction process.

The Hamming code has a long history. The Hamming Code technique was developed by American Mathematician Richard W. Hamming to detect errors and correcting them.

Mr. Richard published a paper in 1950 in which he introduced a concept of the number of positions in which two code-words differ and the number of changes required to transform one code-word into another. It is now popularly known as Hamming distance.

After this study, Hamming created a family of mathematical error-correcting codes, which today we called Hamming codes.

This landmark study not only solved an important problem in telecommunications and computer science, but it introduced a whole new field of study.

He created the Hamming Code which is still commonly used today in applications such as ECC memory. ECC stands for Error correction-code memory.

Hamming code, which leverages the relationship between data and redundancy bits, should be applied to data units of any length.

He worked on the problem of error correction and developed the Hamming code, a set of increasingly powerful algorithms. Hamming code is used in a variety of fields.

Here are a few examples of how Hamming code is used in the industries.

Hamming code has many benefits. They are used for various purposes in many applications…

Here’s an example of hamming code. We can detect errors by using this. 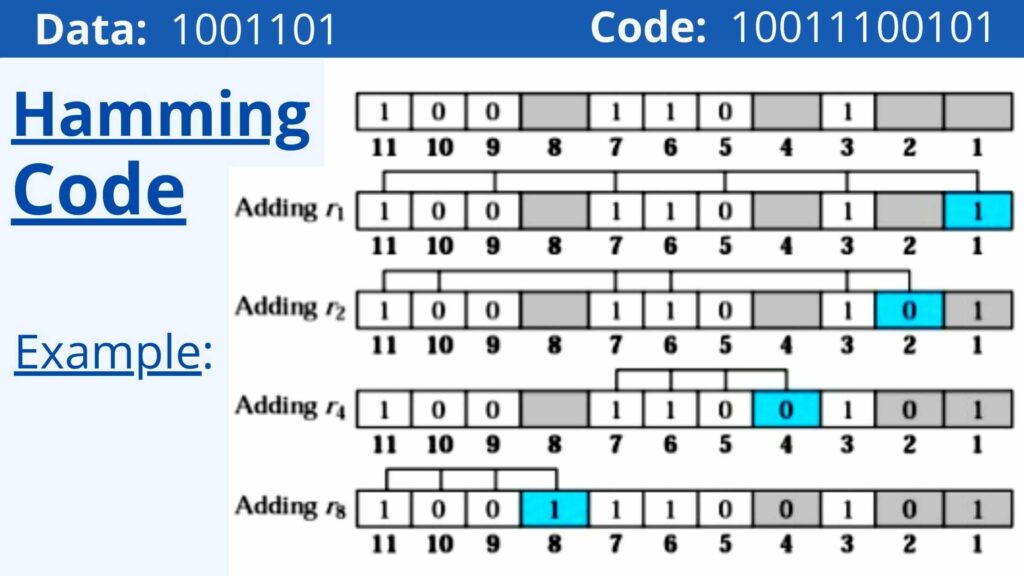 Application of Hamming codes can be understood by using it in encoding and decrypting a message.

Process of Encoding & Decrypting a Message

The sender’s technique for encoding the message includes the following three steps:

The message is sent to the user after the above superfluous bits have been inserted into it. Follow the below steps and try to understand.

Step 1: Determine how many redundant bits there are in total.

Assume the message has the following information:

“n” is the number of bits in a data set.

p – the number of superfluous bits inserted so that np can represent at least (n + p + 1) different states.

In this case, (n + p) represents the location of an error in each of the (n + p) bit places, with one extra state indicating that there is no error.

Step 2: Repositioning the unnecessary components in their proper places.

The p superfluous bits should be inserted in powers of 2-bit places.

The redundant bits should be parity bits, resulting in an even or odd number of 1s.

What are the two sorts of parity?

All redundant bits, p1, must be calculated as parity in this case.

It should include all bit positions whose binary representation includes a 1 in the first place, with the exception of p1.

In Hamming code, the process of decrypting a message is called Receiver receives incoming messages that necessitate recalculations to identify and repair problems.

The following are the steps in the recalculation process:

Step 1: The number of superfluous bits can be calculated using the same formula.

Step 2: Properly locating all unnecessary components p is a redundant bit that appears at bit positions with powers of 2, such as 1, 2, 4, 8, and so on.

Data bits and redundant bits must be used to determine parity bits.

Hamming code is a type of liner code that can detect up to two instantaneous bit mistakes. Single-bit mistakes are possible.