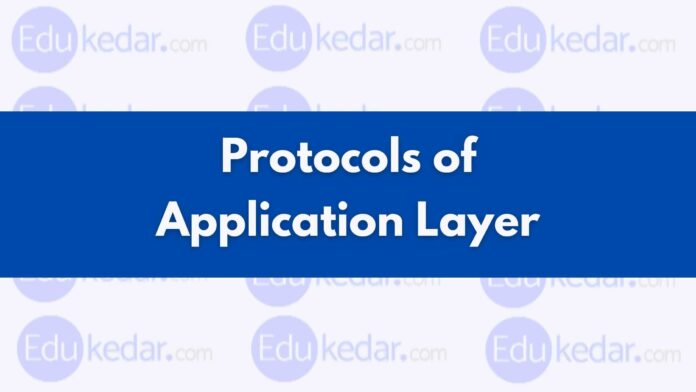 In this article, we have shared all the basic information about Application Layer Protocols with their types, examples, uses, and functions of protocols in the application layer of the OSI Model.

What are Application Layer Protocols?

At the top of the OSI model is the Protocols application layer. It’s the layer that allows users to engage with each other. It helps the user by providing services.

An application layer is an outermost and 7th layer in the OSI Model and it is the human interaction layer, where applications can access the network services. Application layer protocols define messages exchanged by apps and actions taken.

How the fields are marked out:

The field is expected to be able to hold:

RFCs are Requests for Comments documents that are in the public domain.

January 1997, the project was completed and made public.

The browser will be able to retrieve Web pages from any Web server that has been configured to accept HTTP requests has also adhered to the HTTP 1.1 RFC’s standards. 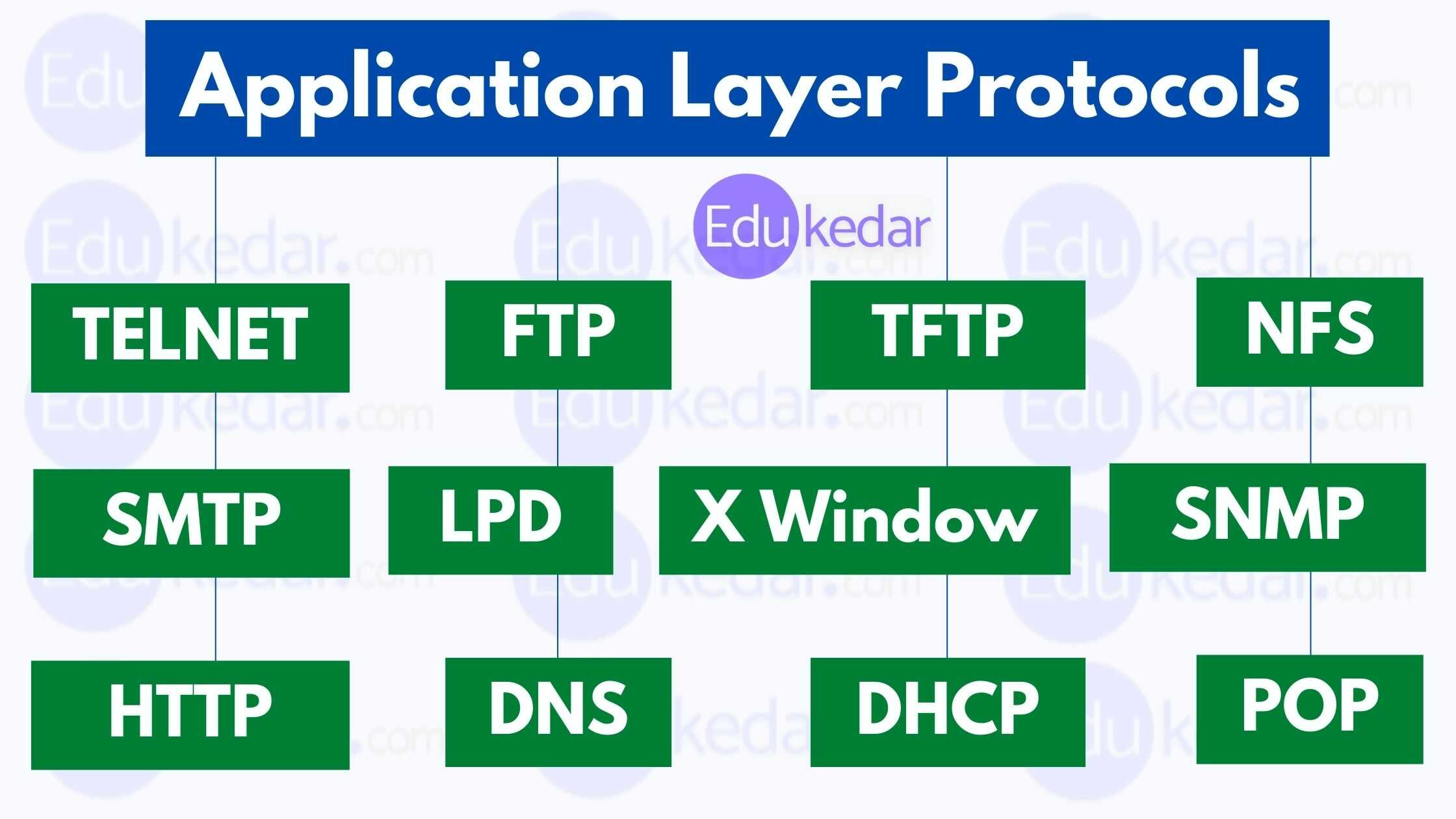 There are various types of protocols for the Application layer. Some major protocols are as follows;

The telecommunications network is referred to as Telnet. It is beneficial to terminal emulation. It enables Telnet clients to use the Telnet server’s resources. It’s used to keep track of files on the internet. It’s used to set up devices like switches for the first time. The telnet command is a command that communicates with a remote device or system using the Telnet protocol. Telnet’s port number is 23.

Specifies the name of the server you want to connect to.

The file transfer protocol is abbreviated as FTP. It is the protocol that allows us to send and receive files. This can be done between any two machines that use it. FTP, on the other hand, is both a protocol and an application. FTP allows users to share files with others over the internet using a secure and efficient data transfer protocol. For FTP, the data port is 20 and the control port is 21.

The Trivial File Transfer Protocol (TFTP) is a stripped-down, stock version of FTP, but it’s the protocol to use if you know exactly what you’re looking for and where to look for it. It’s a simpler form of FTP that allows you to transfer files between network devices.

The acronym NFS stands for the network file system.

It allows remote computers to mount file systems across a network and interact with them as if they were locally mounted. This allows system administrators to consolidate resources on the network’s centralized servers.

It specifies a protocol for creating client/server applications with a graphical user interface. The concept is to execute an application called a client on a single machine. It’s mostly utilized in interconnected mainframe networks.

The network at specified or random intervals from a control station, needing

They are required to reveal specific details. It’s a mechanism for servers to share information about their present status, as well as a mechanism for administrators to change pre-defined settings. The SNMP port numbers are 161 (TCP) and 162 (UDP) (UDP).

Every time you use a domain name, a DNS provider must translate the name into an IP address. The domain name www.abc.com, for example, could be translated to 198.105.232.4.

It assigns IP addresses to servers.

When a computer registers for an IP address with a DHCP server, the DHCP server can offer a lot of information to the host. The DHCP port numbers are 67 and 68.

Functions of the Application Layer Protocols

Protocols carry out the following functions: