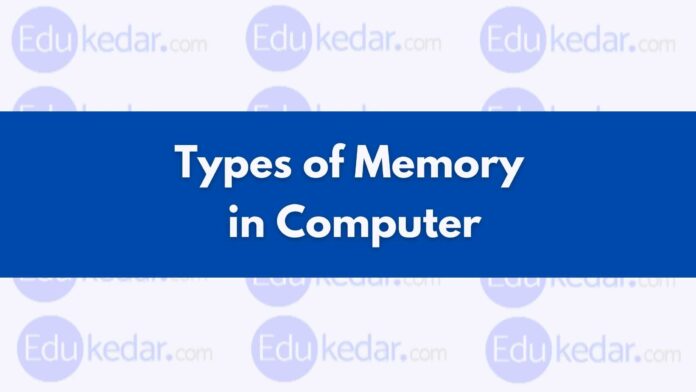 Today in this article, we have shared all the types of memory in computers and their characteristics and functions.

❂ Types Of Memory In Computer:

The classification of memory is depicted in the diagram below: 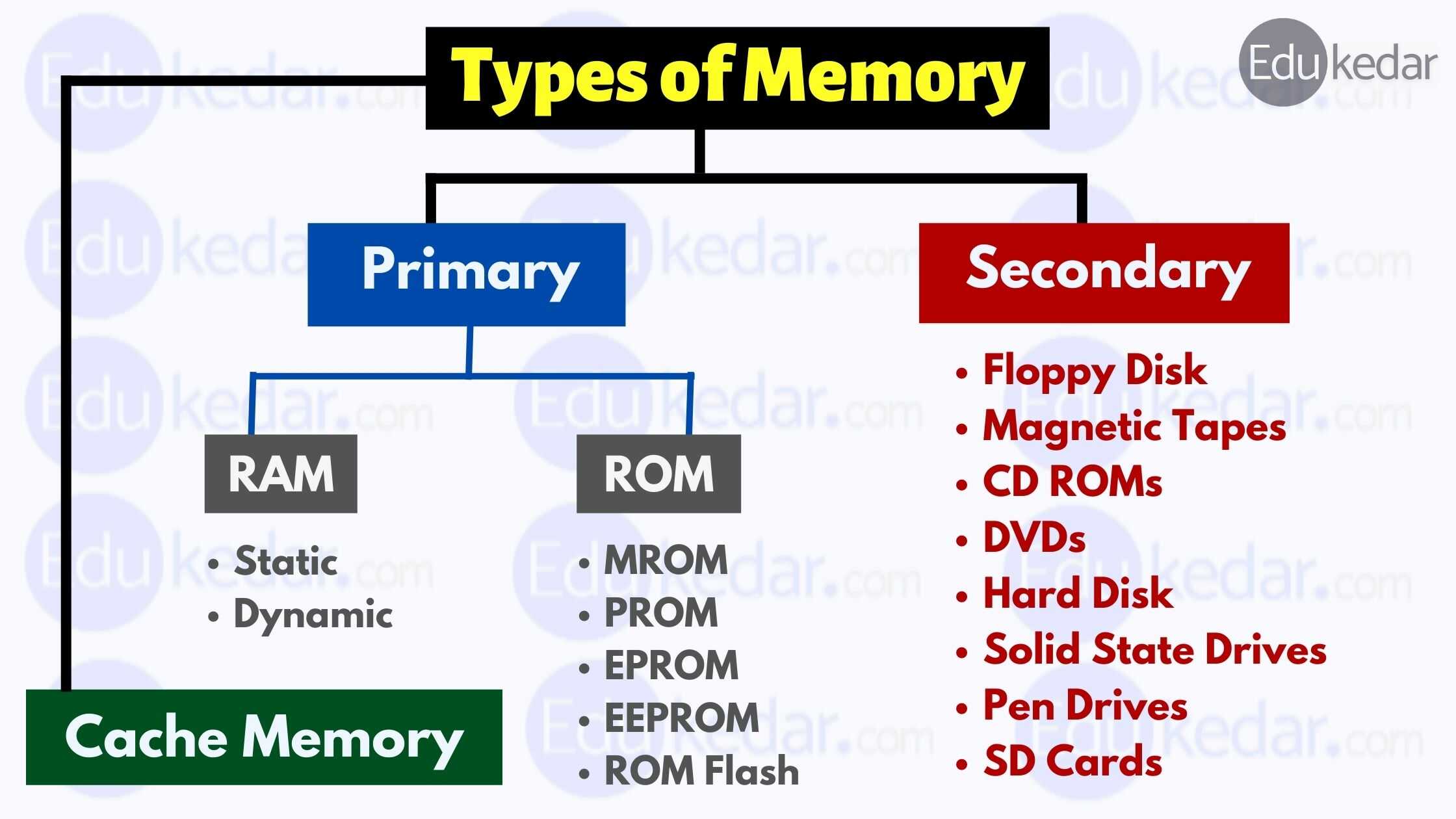 When the CPU is operating, the main memory is utilized to store programs or data. When a program or piece of data is activated to run, the processor loads instructions or programs from secondary memory into main memory before starting execution.

Because primary memory has a cache or register memory that enables faster response and is placed closer to the CPU, accessing or executing data from it is faster.

The primary memory is volatile, which means that if the data in memory is not stored before a power outage, it will be lost.

The major types of primary memory (Internal or Main memory) in a computer is split into two sections:

Random Access Memory (RAM) is a sort of main memory that can be accessed directly by the CPU and is one of the fastest.

It’s the hardware in a computer device that stores data, programs, and program results temporarily.

It’s used to read and write data in memory until the machine is ready to use.

It is volatile, which means that if the computer is shut off or if there is a power outage, the information contained in RAM will be gone. At any time, all data stored in types of memory in computer memory can be read or accessed at random.

Types of RAM Memory in Computer

RAM is divided into two categories:

DRAM (Dynamic Random-Access Memory) is a form of RAM that is used to store data dynamically. Each cell in DRAM stores one bit of data.

The data stored in memory is lost if the power is turned off.

SRAM (Static Random-Access Memory) is a form of RAM that is used to store static data. It means that data stored in SRAM is active for as long as the computer system is powered up. When there are power outages, however, data in SRAM is lost.

Must Read ➜ What is Multiplexing?

A read-only memory (ROM) is a type of memory or storage medium that is used to store data permanently on a chip. It’s a read-only memory, which means we can only read the information, data, or programs that are stored inside, but we can’t write or modify them.

A ROM is a storage device that holds vital instructions or program data needed to start or boot a computer. It’s a non-volatile memory, which means the data it stores is safe even if the power is turned off or the machine is turned off.

Types of ROM Memory in Computer

EPROM (Erasable and Programmable Read-Only Memory) is a type of read-only memory that can be erased and reprogrammed.

EEPROM (Electrically Erasable and Programmable Read-Only Memory) is a type of memory that can be erased and reprogrammed.

Flash memory is a non-volatile storage memory chip that may be programmed or written in small units known as Blocks or Sectors.

Must Read ➜ What is Data Communication?

Secondary memory is a long-term storage space that can hold a lot of data.

Secondary memory, also known as external memory, refers to the various storage media (hard drives, USB, CDs, flash drives, and DVDs) that can be used to retain computer data and programs for a long time.

It is, however, less expensive and slower than the main memory.

Secondary memory, unlike primary memory, is not accessible directly by the CPU. Instead, secondary memory data is placed into RAM before being transmitted to the CPU to be read and updated.

Magnetic disks, such as hard disks and floppy disks, optical disks, such as CDs and CDROMs, and magnetic tapes are examples of secondary memory devices.

Cache Memory is a chip-based computer memory that is located between the CPU and the main memory.

The tiers of cache memory are as follows.

The register memory is a temporary storage place for data and instructions to be stored and transferred to a computer.

It temporarily saves data instructions and the memory address that is utilized repeatedly to enable faster CPU response.