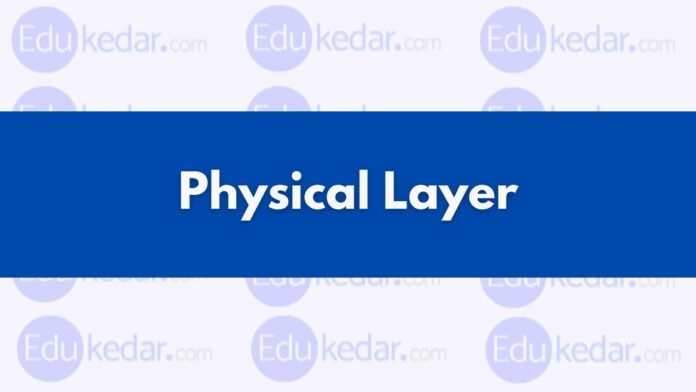 Open System Interconnection (OSI) Model has seven-layer and Physical Layer is the lowest layer and is concerned with wiring and electrical standards. It provides an unreliable bit transmission/reception service to the Data Link layer. Here in this article, we have shared what are the functions of the Physical layer and other basic details about this layer.

What is Physical Layer in OSI Model? 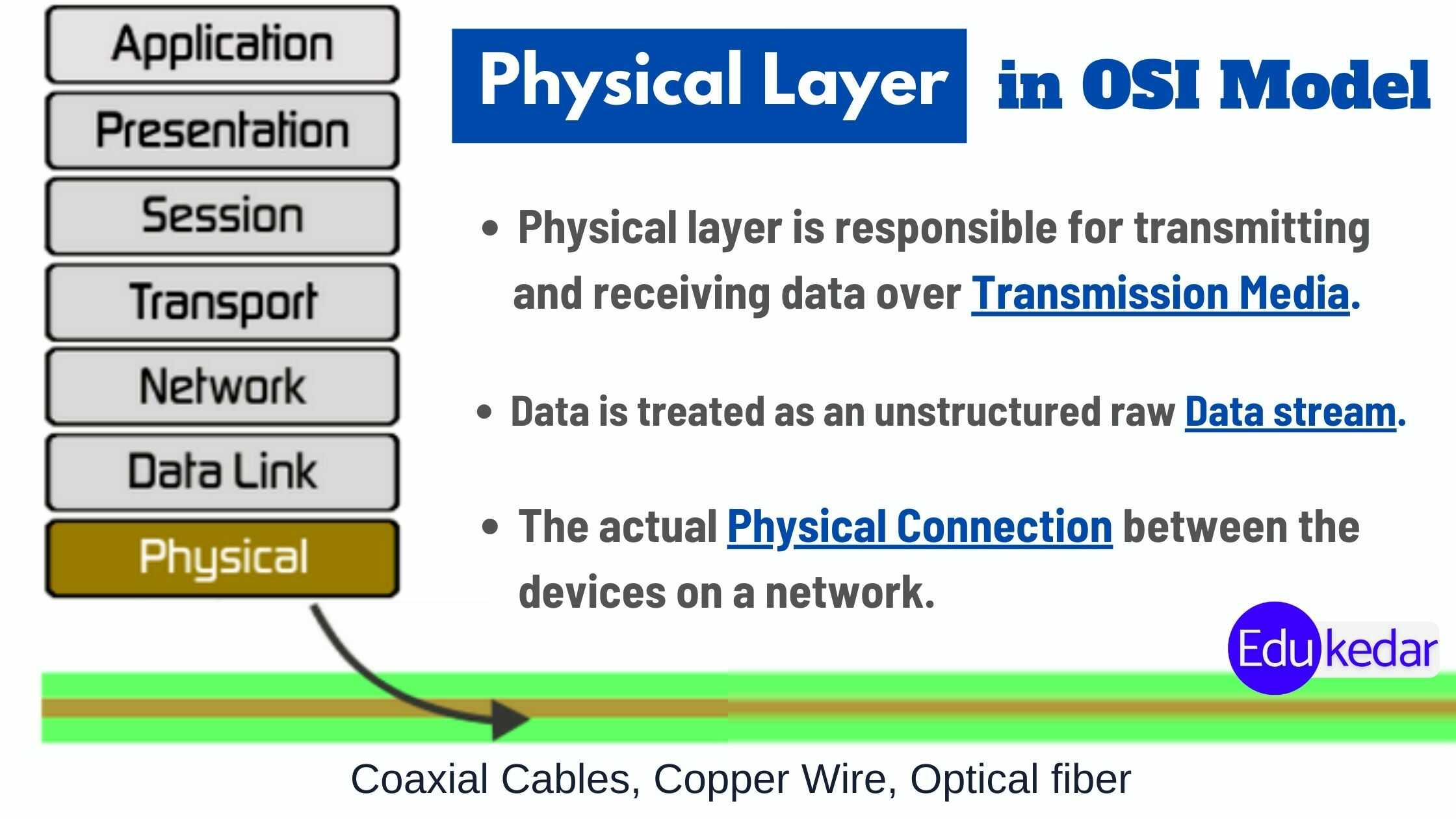 The physical layer is the lowest layer in the 7 layers of the OSI model. It is in charge of transmitting messages and data from one computer to another.

This layer specifies the hardware, cabling, wiring, frequencies, and pulses that are utilized to represent binary signals, among other things.

The Data-link layer receives services from the Physical layer. They are converted to electrical pulses, which represent binary data, by the physical layer. After that, the binary data is transferred across the wired or wireless medium.

All communication wires/cables, such as UTP, coaxial cables, and fiber optics, are guided media. The sender and receiver are directly connected in this medium, and data is sent (directed) through it.

Because there is no connection between the transmitter and receiver, wireless or open air space is considered unguided media. Information is disseminated across the air, and anyone, including the intended recipient, can acquire it.

Data must first be transformed into electromagnetic signals before being delivered via physical media. Data might be analogs, such as human speech, or digital, such as a disk file. Digital and analog signals can be used to represent both analog and digital data.

In nature, analog signals have the shape of a continuous wave and are represented by continuous electromagnetic waves.

Signals tend to decay as they travel across the medium. This could be due to a variety of factors, including the following:

Distortion due to delay

Signals are conveyed at a predetermined pace and frequency across media. If the transmission speed and frequency do not match, the signal may arrive at its destination in an unpredictable manner. It is crucial in digital media that some bits arrive before those that have already been delivered.

Make a lot of noise

Noise in signal is a random disturbance or fluctuation in an analog or digital transmission that might affect the real information being transmitted. Noise is classified into one of the following categories:

Noise from the Heat

Intermodulation is a phrase used to describe the process of When various frequencies use the same medium, interference can result in noise. When two different frequencies share a medium and one of them has excessive strength or the component itself isn’t working properly, intermodulation noise arises, and the resultant frequency may not be transmitted as planned.

When a foreign signal enters the media, this type of noise occurs. This is because the signal in one medium influences the signal in the other.

Almost all electrical and communication devices have a bottom layer of the OSI Model that is the Physical layer. Some of the devices are as follows;

Physical Topology simply means how the devices are connected to make a network. Some important physical topologies are as follows;

The Physical layer of the OSI model is responsible for the following functions.

Bit Representation: The data in this layer is represented as a stream of bits. For transmission, the bits must be encoded into signals. It specifies the type of encoding, or how the 0s and 1s are converted into signals.

Data Rate: This layer specifies the transmission rate, which is expressed in bits per second.

Line Configuration: This layer connects devices to the media in two ways: point to point and multipoint.

Mesh, Star, Ring, and Bus are the topologies that must be used to link devices.

The Physical Layer is responsible for sending raw data across a communication connection.

The design difficulty is ensuring that when one side delivers a 1 bit, the other side receives it as a 1 bit rather than a 0 bit.

Most common inquiries in the physical layer Of the OSI Model :

Mechanical, electrical, and temporal interfaces, as well as the physical transmission channel under the physical layer, are the main design concerns.

The capacity of the Channel:

The channel capacity refers to the rate at which data is transmitted. In the digital realm, we refer to it as data rate. It is determined by a number of factors, including: