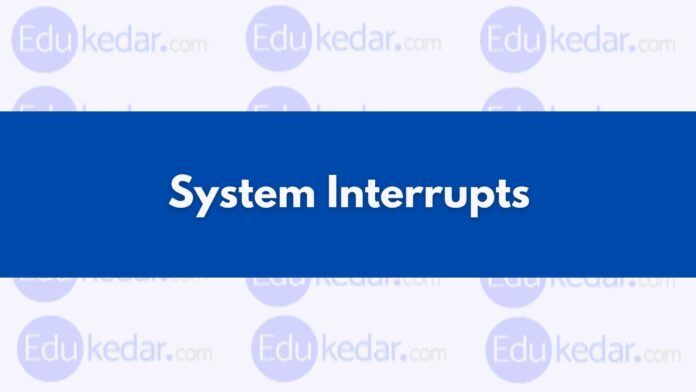 If you’ve ever looked through your Task Manager window, you’ve undoubtedly seen a process called “System interrupts” and then disregarded it. But if it’s hogging your CPU and you’re wondering what you can do about it, we’ve got the solution.

What is System Interrupts?

System Interrupts is an official feature of Windows, and though it appears as a process in Task Manager, it isn’t a true process in the conventional sense. It is, rather, an aggregate placeholder used to indicate the system resources used by all hardware interrupts occurring on your PC.

While a hardware interrupt may seem to be impolite, it is a standard communication between your hardware (and accompanying software) and your CPU.

Assume you start typing anything on your keyboard. Rather than having a separate process devoted just to monitoring keyboard signals, there is a piece of hardware on your motherboard that does this kind of monitoring.

It sends an interrupt signal to the CPU when it deems that another piece of hardware requires the CPU’s attention.

If the interrupt is a high priority (as is normally the case with user input), the CPU suspends whatever task it is working on, handles the interrupt, and then continues its previous task.

Everything occurs at breakneck speed, and there is usually a slew of interruptions going on at all times. You can witness this in action if you want. Start Task Manager and scroll down till you find “System interrupts” on the window.

Now, open Notepad and begin typing. It won’t have a big impact on your “System interrupt” setting, but it should increase by a tenth of a percentage point or so. In our instance, it increased from 0.1 percent to 0.3 percent.

During regular operations, you may see the CPU use of “System interrupts” surge to as high as 10% for a short period before returning to near zero.

That’s fantastic, but why is it using so much CPU?

If you see that the CPU utilization of “System interrupts” rises over roughly 20% and–this is critical–remains there continuously, you have a problem. Because it represents hardware interrupts on your PC, a continuously high CPU utilization usually indicates that a piece of hardware or its related driver is acting strangely.

So, how do you debug a hardware failure? That is the tough part.

If upgrading your PC and device drivers doesn’t solve the problem, you’ll have to dig deeper to determine which precise piece of hardware is creating problems.

Diagnosing all of your gear is beyond the scope of this post, however, we do offer some tips to assist you narrow things down.

Begin by turning off each of your external devices one at a time. We begin with external devices since it is the most straightforward, and you should concentrate on external disks and input devices like as your keyboard, mouse, camera, and microphone.

Simply disconnect them one at a time to check if the “System interruptions” go away. If it does, you’ll know which gadget to concentrate on.

Then, go to your internal gadgets. This becomes more difficult since you can’t just disconnect them. You may, however, deactivate them in Device Manager. You merely need to be cautious not to deactivate any devices that are vital to the operation of your systems, such as disk drives or display adapters.

Also, nothing in the Computer, Processors, or System Device categories should be disabled. Instead, pay attention to network adapters, sound cards, and other add-on cards.

They are the most probable perpetrators. Just take it one step at a time. Disable the device and look in Task Manager for “System Interrupts.” If the issue goes gone, you’ve found the culprit. If not, re-enable the device and go to the next one.

You may use Windows’ built-in Check Disk tool or a reputable third-party S.M.A.R.T. program to test your hard drives. Unfortunately, replacing a power supply is the only option to test it for this problem.

If you find a problematic device, the next step is to determine if the issue is caused by the device itself or by the hardware driver. Again, this may be tough to figure out and will need some trial and error, but we do have some principles.

Is it possible to disable the System Interrupts?

Is This a Virus in the Making?

The term “system interrupts” is an official Windows component. It most likely isn’t a virus. Since it isn’t a process, “System interrupts” doesn’t even have a running.EXE or.DLL file. This implies that it cannot be immediately hijacked by malware.

However, it is conceivable that a virus is interfering with a specific hardware driver, which might affect “System interrupts.” If you suspect the presence of malware, do a virus scan using your favorite virus scanner. 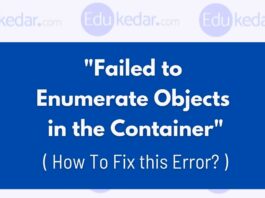 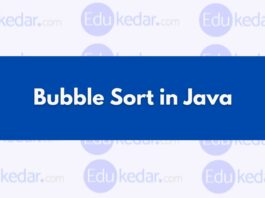 ABOUT US
Edukedar.com is an ed-tech platform that makes online education easier. A one-stop portal for Career guidance, Study material, Academic articles, and Freelance Jobs.
Contact us: [email protected]
© Edukedar.com